The Eden of Grisaia ~Unrated Version~

** This is the sequel to The Fruit of Grisaia. It is strongly recommended to play the first and second game before starting this. **

The conclusion to the trilogy consists of “The Seed of Blanc Aile,” directly continuing from The Labyrinth of Grisaia‘s main route. Beginning with the protagonist’s sudden disappearance, the story quickly moves toward a dramatic climax, with all the answers revealed at last. Additional contents include “Prologue de la Grisaia,” a side story that depicts the five heroines’ arrival at Mihama Academy, and their time there prior to the arrival of Kazami Yuuji.

He thought life at the academy would never change.
Everyone marched forward in the same direction, matching step for step; before he knew it, he began to surrender to that illusion.
He believed that he would only arrive at the same place if he continued down the same path as everyone else.
Then he realized.
Just as there are as many paths as there are people, no two paths are identical.

—”Asako. I’ve already saved the five of them, you know?
So it’s all right, isn’t it…? It’s all right… for me to die now, right?
I know that even if I save somebody, it doesn’t mean I can erase my past.
Still, wouldn’t it mean I can die with a smile on my face?”

“I might not be able to see those girls anymore.
But at least those memories would stay in my heart forever.
Still, this unforgiving world isn’t full of girls sweet enough to be satisfied by those words alone.”

That was the truth one young man finally understood… 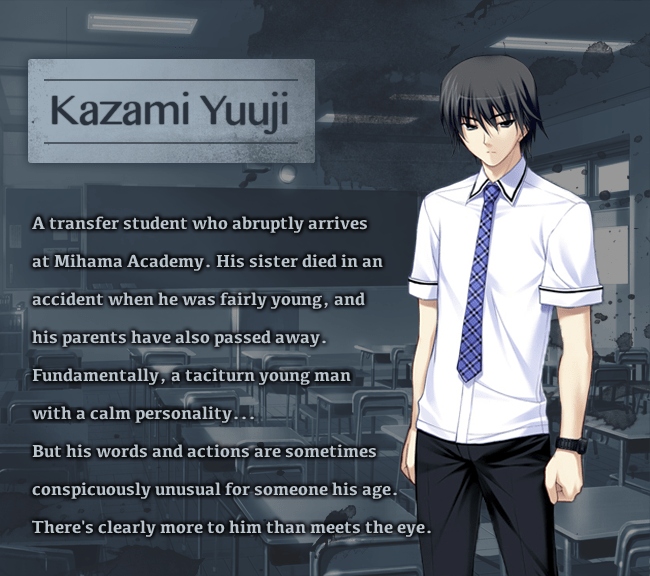 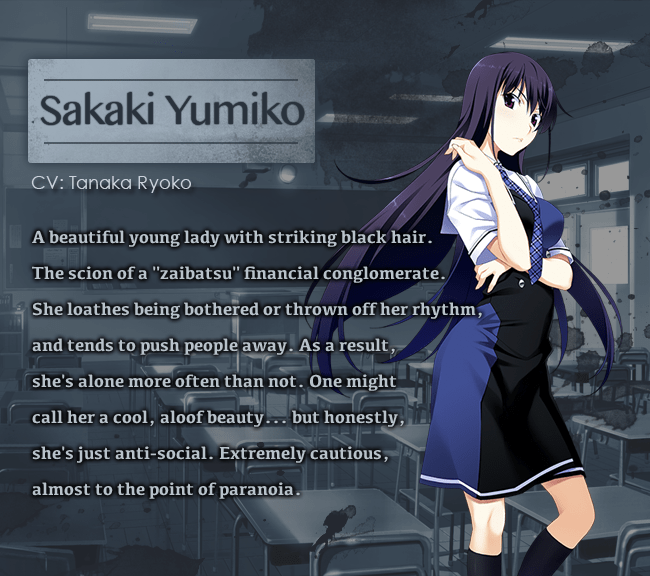 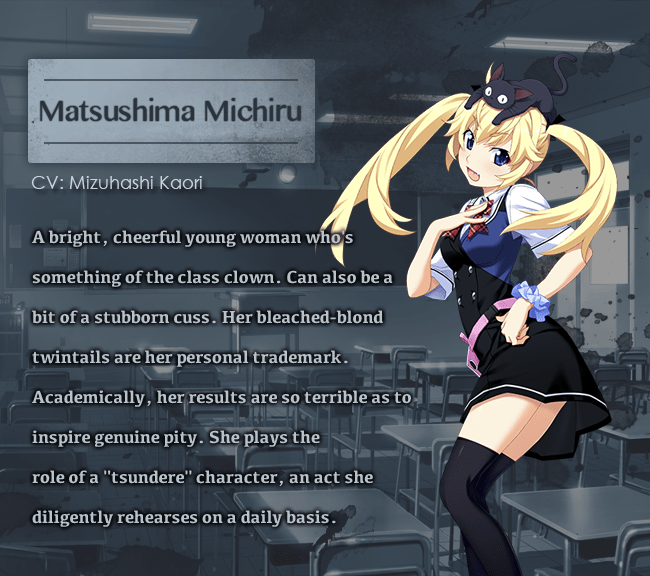 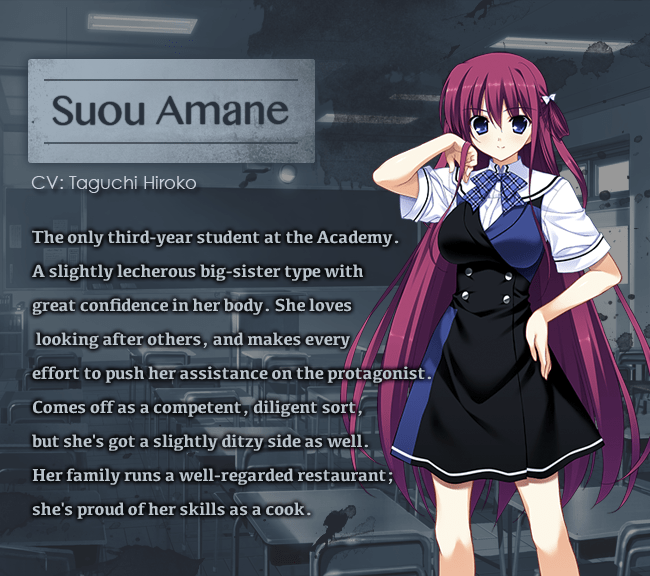 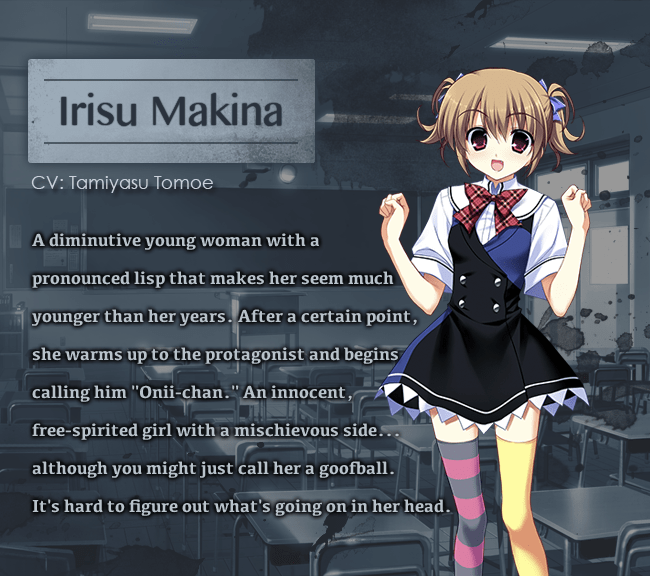 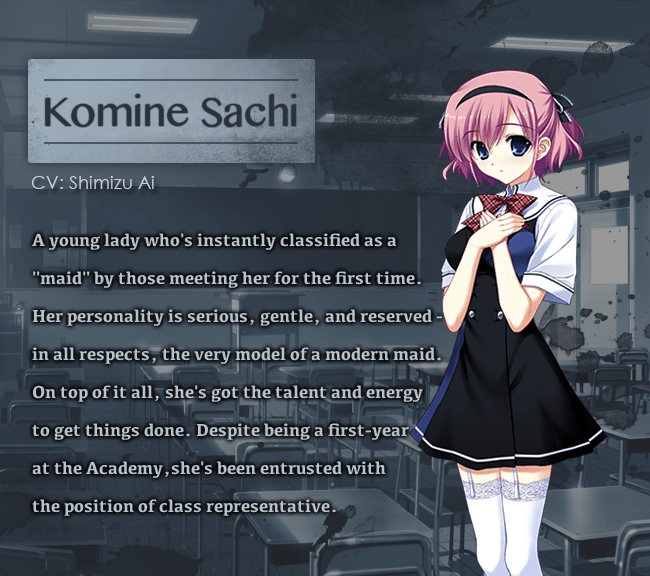