This DLC restores the full adult content of the game for the All Ages version. The Denpasoft version of the game has this content built-in.

Takeru is a sprightly young NEET who lives in a dilapidated dojo. He and his family are known martial artists, but his father is a deadbeat; a gambling drunkard constantly getting into fights. Meanwhile, he refuses to work, claiming it to be part of his training. Ichinose Suzuka from the neighboring sweets shop often takes care of him.

One day, he picks up a strange, lizard-like being on the side of the road. At first, he planned to cook it, but Suzuka vetoes the idea. Instead, he names it “Haru” and keeps it as a pet. As he grows fonder of Haru, dragonkin suddenly invade from space!

The dragons are about to take over earth, but Haru suddenly transforms from a lizard into a beautiful lady and persuades them! Wouldn’t you know it — Haru was actually the princess of the dragons!

Mankind somehow avoids total subjugation, but now Haru joins the protagonist in his NEET lifestyle. Meanwhile, Suzuka is on pins and needles as they try to avoid the spotlight. Even now, dragons can be spotted here and there around town. Here begins their bizarre, yet down to earth daily life. 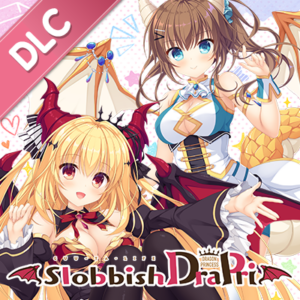