Heart of the Woods – Demo

This demo is a sample of the full game and contains a selection of scenes from across the whole story. We’ve hand selected the scenes in order to give a taste of the game without spoiling too many of the major plot points. To help fill in some of the blanks though, there are demo-exclusive chibi versions of Maddie and Tara who will help fill you in on what’s happening along the way. 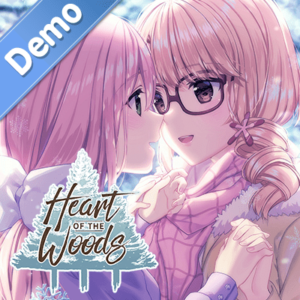