Canvas+Garden’s 2nd entry and sequel which features their mascot characters who come to life in this youthful story! This time, the spotlight shifts to Ciel and Koron!

Taking place months after the reopening of the café, Milk Hall Caramella, the season now shifts to summer.
The café is as busy as ever so even Ciel and Koron have come to help out.
With his grandmother’s health improved, Asaki is approached by her to formally become the successor of the café.
No longer unsure of what to do, Asaki is steadfast in his goal to protect Caramella. 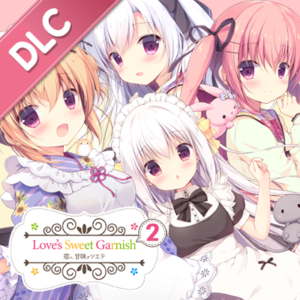