Autumn.
With the leaves just starting to change color, a boy arrives at Yunagi Village.

The first person he meets is a girl handing out flyers — a cute, cat-eared waitress.

“P-Please come to Cafe Setaria! We hope to see you!”
Guided in by the waitress, he enters the shop and encounters another like-eared girl.
Thinking his reaction to her was strange, she asks the boy:

“Can you, perhaps, see these ears?”
The girls were in fact therianthropes, she said. Normal humans couldn’t see their ears and tails.
Now that he knows their secret, the boy is roped into working together with them at the cafe.

He’ll soon discover all the strange and interesting difference between their races.
Just another day at the Cafe Setaria. 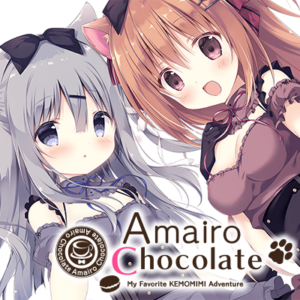